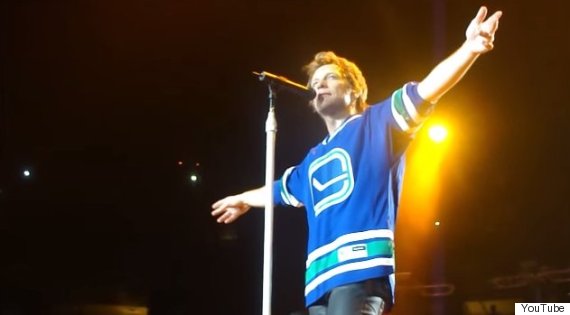 Vancouver (Files from CBC) – Vancouver-based concert producers Paper Rain Performances confirmed on Friday that Bon Jovi and the Kings of Suburbia will play an outdoor concert in Stanley Park on August 22.

The concert will be held outdoors at the park near Brockton Point, and will be part of a series of similar large-scale outdoor concerts that organizers say will take place in Stanley Park.

Organizers also announced that $100,000 from the proceeds of the concert will be donated to Imagine 1 Day, a charity that supports child and adult education in Ethiopia.

Speculation about who the “rock legend” booked to play the park on August 22 emerged after an organization called the Urban Forest Club posted a teaser on their website about the gig on Wednesday.

Although the website shows a photo that any fan would recognize as the man himself, they tell users to check back on June 16 for details.

But a U.S. tour company is already advertising the concert, offering a two-night stay at the Westin Bayshore, a pre-show Q & A with Bon Jovi, photo op and various other extras on top of concert tickets for a cool $1,995 US.

Tickets for the package went on sale on Friday June 12 at 9 a.m. PT.