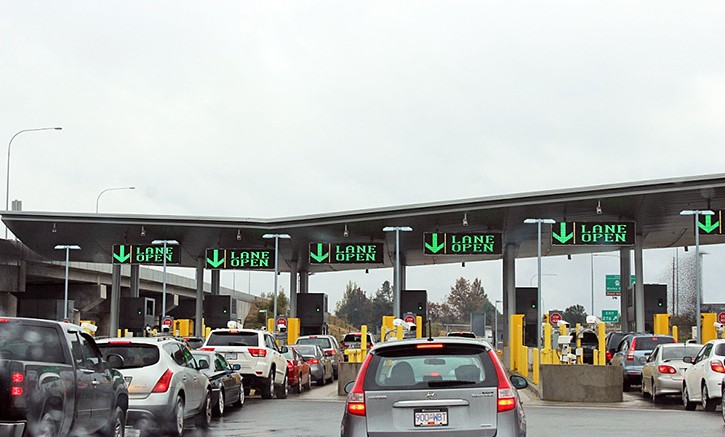 Chilliwack/Vancouver (Jennifer Saltman – Vancouver Province)  – Prosecutors are seeking two years in jail for a Chilliwack woman who counselled more than 100 foreign au pairs to lie to border guards about their reason for coming to Canada.

“This was a deliberate, planned, large-scale fraud against the immigration system,” said Crown counsel Charles Hough during submissions at a sentencing hearing for Elizabeth ‘Lisa’ Large in B.C. Supreme Court in New Westminster on Wednesday.

Large, 49, pleaded guilty in March to one count of counselling or attempting to counsel misrepresentation. Three other charges against her will be stayed following sentencing.

The Canada Border Services Agency began investigating in 2008, after officers intercepted a young woman coming from France. She said she was in B.C. to visit a friend, and she was referred for a secondary inspection.

During the inspection, her emails were searched and an email from Large was discovered. The email advised the woman to say she was coming to Canada on vacation and staying in a hostel. She was to refrain from mentioning babysitting or working.

The young woman, who had no work permit, was sent home.

Over the next two years, border guards sent six other prospective au pairs associated with Large back home. They were all between the ages of 18 and 22, came from Germany, Austria or France and failed to tell border guards they were planning to work as au pairs.

None had work permits and all had been coached by Large, via email, about what to say to border officials.

They seized computers and files related to the au pair business. Hough said the warrant produced “a mountain of documents.”

Investigators found 107 emails to au pairs counselling them to lie to border guards sent over a number of years.

They also found files for au pairs who had not yet arrived in Canada. They were flagged, intercepted at the border and sent home immediately.

Large used foreign au pair companies to find the young men and women she matched with local families. She paid the companies $100 per au pair and charged families between $300 and $700, depending on the length of the contract.

Au pairs were given free room and board and paid on average $100-to-$150 per week by the families as “pocket money.”

Hough said emails showed that the companies Large dealt with in Western Europe and the Caribbean were also coaching the au pairs to lie to border officials.

“This isn’t just Ms. Large who was in on this,” Hough said, calling it “a big scam.”

Hough said some families knew the au pairs were coming to Canada illegally, but most had no idea.

Hough said the case has no precedent in B.C. and he is seeking a jail sentence of two years less a day for Large.

Defence lawyer Phil Riddell is seeking a conditional sentence order of one year to two years less a day, meaning Large can serve her time in the community.

Riddell said Large ended up in the au pair business by chance, having been an au pair herself in France. Her sister and daughter also worked as au pairs.

The business was something Large ran on the side and it was not her principal source of income. In recent years, her level of involvement has varied, Riddell said.

Large was described as a woman of previous good character who is family-oriented and reliable.

“Ms. Large is a person who’s highly thought of in the community,” Riddell said, and pointed out the supporters who accompanied her to court.

Sentencing will take place at a later date.