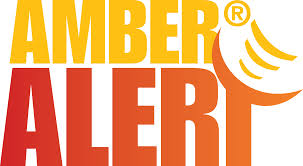 Chilliwack/Abbotsford/Vancouver/Toronto  (CTV News) – Starting Monday, Facebook users across Canada will get Amber Alert notices right in their social network newsfeeds, as part of a new program that aims to leverage the social network’s reach to quickly locate missing children.

Facebook is working with police departments across the country to launch the new alert system that will notify Canadian Facebook users when a child in their area has gone missing. The company is touting the online alerts as immediate, targeted, comprehensive, and sharable.

The system is set up to show notifications on users’ newsfeeds in the critical hours after a child first disappears. The alerts will display a photo and information on the case, and users can then share that information with others in their network, to help find children who are missing.

“What’s really unique and special about our system is we’re only going to deliver these alerts to people who may actually be in the search area,” Facebook’s trust and safety manager told CTV’s Canada AM on Monday.

“So if a child goes missing in Ottawa, people in Toronto won’t see the message,” Emily Vacher said. “It’s only going to be people who may have that critical piece of information that will lead to bringing that child home safely.”

The company announced the initiative at an event with Public Safety Minister Steven on Monday, which was also International Missing Children’s Day.

Speaking at the Ottawa Police Headquarters, Blaney said Facebook’s Amber Alert program will be an important tool to help police locate children as fast as possible.

“This morning, we have a clear demonstration of how social media can be put to positive use for the good of every citizen,” he said. “A mobilized online community, quite literally on the alert, will greatly assist law enforcement to locate abducted children and locate them quickly.

“I am confident that Canada’s many avid Facebook users are up to the task.”

Vacher said the new system was partially inspired by a case in Trois Rivieres, Que. in 2014, when “Baby Victoria” was abducted from a hospital. Four people saw a notice about the kidnapping on Facebook, and were able to provide police with information that led to her safe return.

“That case was a huge inspiration to us at Facebook,” Vacher said.

In January, the social network launched a similar online Amber Alert program in the United States, where it has already had success, Vacher said. Having issued approximately 40 alerts since the system was launched there, in at least one case an alerted Facebook user helped police locate a missing two-year-old boy.

The program is launching in all major cities across Canada, but not in the territories, where there is no Amber Alert system in place.