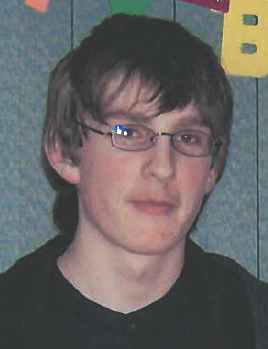 Mission/Sicamous/Prince George – Since her 17-year-old son Jeff Surtel disappeared eight years ago in Mission, Dawn Surtel and her husband can’t help but look at every tall skinny boy they see, who looks like their son.

Guy and Annette Richard’s son Matthew, was 16 when he went missing 15 years ago, hitchhiking near Sicamous, BC. “I know it doesn’t look good after all this time, but you never completely lose hope. You never know,” says Guy.

And in Prince George, 14-year-old Lucas Degerness disappeared eight years ago, after a meeting at his school with his mother Gina, and the vice-principal. “Not a day has gone by where I haven’t thought of you, Luke and asked myself where you might be,” says Gina.

The BC Police Missing Persons Centre is profiling the three investigations on National Missing Children’s Day, in the hopes that increased public attention may prompt new tips. The RCMP does not believe the investigations are linked, but chose to profile these missing teens based on input from the lead investigators in each file.

Jeff Surtel, missing from Mission BC since April 28, 2007

Jeff Surtel left the family home in Mission BC after being grounded from the computer for a week, a consequence of his grades falling on his last report card. He took with him his distinctive CCM blue mountain bike with yellow forks.

At the time of his disappearance his father described him as a quiet boy, who spent a lot of time at home – and was interested in programming computers. But his mother adds that Jeff also loved camping and fishing, and said for the most part things seemed to come easily for Jeff, such as baseball and skiing.

She confesses that Jeff’s disappearance has “pretty much ruined our lives.” After he went missing one of the first dreams she had of Jeff was him coming to their bedroom with a big grin on his face, and telling her and her husband how much he missed them, and that he even missed his brother Rob.

Police have followed up on several leads and possible sightings, but despite this work Jeff remains missing. Jeff Surtel is Caucasian, and at the time of his disappearance was 17, 6’1” tall, and weighed 150 pounds with medium length brown hair, brown eyes, and with glasses. He was last seen wearing dark coloured jeans, a navy coloured t-shirt and a blue hooded sweater.

A photo of Jeff at age 17, as well as an age-enhanced photo, is attached.