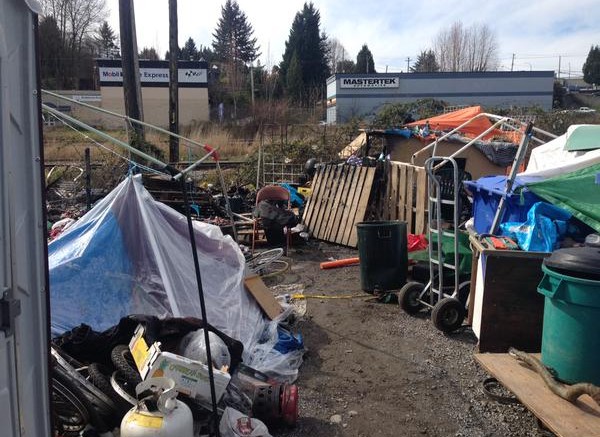 Chilliwack/Medicine Hat, Alberta (With files from CBC) – Medicine Hat claims that it is free of their homeless problem. Is that bragging? Could Chilliwack incorporate the same format and programs as the Southern Alberta city?

What about down the highway in Abbotsford? That city has taken it’s fair share of heat over the way city officials treated the homeless camp along the railway tracks, ironically, in the shadow of the Abbotsford Alano Club and a Mennonite sponsored thrift store.

Here is the CBC story outlining what the City Fathers of “The Hat” did.

Medicine Hat, a city in southern Alberta, pledged in 2009 to put an end to homelessness. Now they say they’ve fulfilled their promise.

No one in the city spends more than 10 days in an emergency shelter or on the streets. If you’ve got no place to go, they’ll simply provide you with housing.

“We’re pretty much able to meet that standard today. Even quicker, actually, sometimes,” Mayor Ted Clugston tells As It Happens host Carol Off.

Housing is tight in Medicine Hat. Frequent flooding in the past few years didn’t help matters. With money chipped in by the province, the city built many new homes.

Clugston admits that when the project began in 2009, when he was an alderman, he was an active opponent of the plan.

“I even said some dumb things like, ‘Why should they have granite countertops when I don’t,'” he says. “However, I’ve come around to realize that this makes financial sense.”

“This is the cheapest and the most humane way to treat people,” he says.

“Housing First puts everything on its head. It used to be, ‘You want a home, get off the drugs or deal with your mental health issues,'” Clugston says. “If you’re addicted to drugs, it’s going to be pretty hard to get off them, if you’re sleeping under a park bench.”

I even said some dumb things like, ‘Why should they have granite countertops when I don’t.’ However, I’ve come around.
– Medicine Hat Mayor Ted Clugston

And the strategy has worked. In Medicine Hat, emergency room visits and interactions with police have dropped. But there was one change that initially surprised Clugston — court appearances went up.

“They end up dealing with their past, atoning for their sins,” he says.

Clugston believes that no one on the streets is unreachable.

He says city staff found housing for one man, but he insisted on leaving to sleep under cars. Day after day, they’d search him out and take him back to his new home.

“They did it 75 times, but they had the patience and they didn’t give up on him and, eventually, he ended up staying in the house,” he says. “Ultimately, people do want a roof over their heads.”

Be the first to comment on "Medicine Hat Is Homeless Free – Could Chilliwack/Abbotsford Do The Same?"