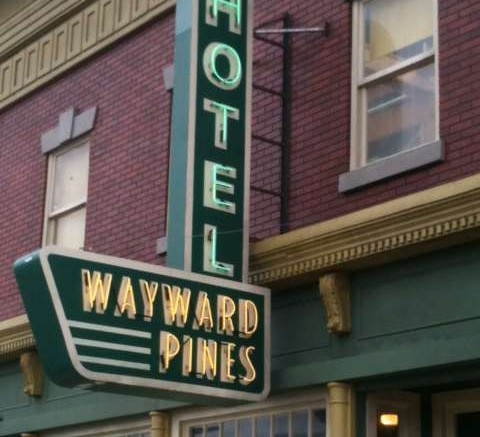 Agassiz, BC – (With files from Fox/Wikipedia)  Thursday May 14 (9PM PDT) ends a lot of waiting for those who either worked on Wayward Pines in Agassiz, or whose business and travel was affected by the TV shoot. In either case, FVN learned that Producers, Cast and Crew loved their time in town.

Time magazine reviewed the show and called it a mix of The Prisonor meets Twin Peaks.

The miniseries was Produced by M. Night Shymalan and stars Matt Dillon and Juliette Lewis.

The 10 poart series will also be shown in the UK and Austrailia.

So the premise is:

When two federal agents go missing in Wayward Pines, Idaho, Secret Service Agent Ethan Burke — one of Seattle’s best agents — sets out to find them. One of the missing agents is Ethan’s former partner, Kate, with whom he had a relationship that almost destroyed his marriage.

After Ethan is involved in a car accident upon his arrival in the seemingly perfect town, he wakes up in the hospital without his wallet, ID or money, and cannot find a working phone to contact anyone at home. When Ethan’s wife learns of his disappearance, she and their teenage son begin a search that only leads to more questions.

Abbotsford News created a video on the making of the set in Agassiz.